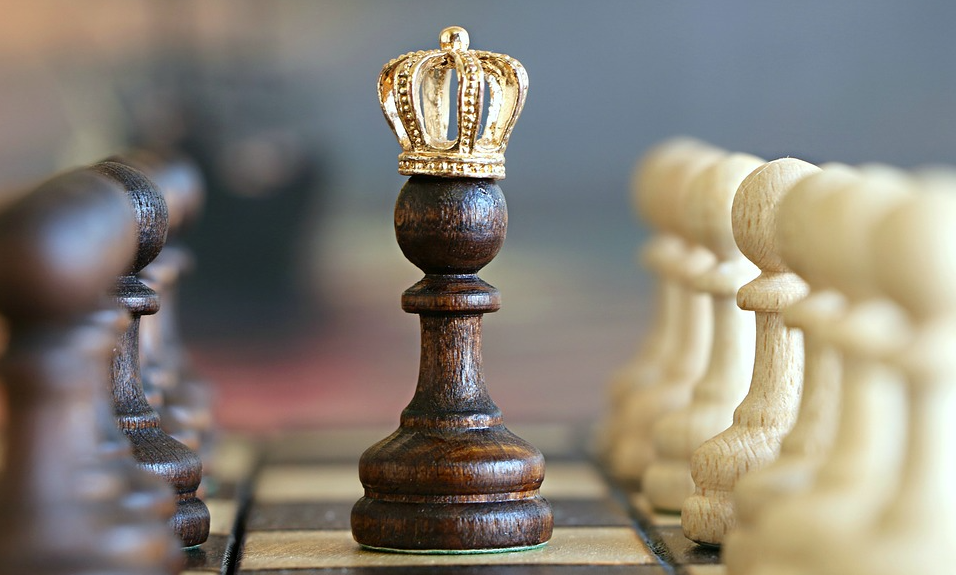 Let me share a personal story with you. Seven years ago I applied for a major scholarship at a prestigious organization. One year before, I enrolled at a small business school and quickly got very good grades. I was determined to become a management consultant, preferably at a famous international company. I received support from my professors and sent out my application.

Two months later I was invited to the assessment center. Nervous but confident I arrived in the middle of the other applicants. I wanted to show the selection committee my determination and how well I fitted the foundation’s values.

I thought it went really well.

Another two months later I received the letter. Rejected.

I was thunderstruck. Why wouldn’t they take me? My internal dialogue probably went something like this: „But my grades were so good. I’m so ambitious. It’s unfair!“ I thought there was some kind of a mistake.

So I was, rather stupidly, a little depressed for a couple of weeks.

A tap on the head

But then, after feeling like a child who didn’t get ice cream from his parents, I began to wonder. Perhaps I didn’t exactly have my priorities straight. Maybe there was a chance for me to get something out of this failure.

My mother used to joke that a little tap is sometimes what you need to find balance again.

This road-bump really got me thinking. Perhaps I wasn’t this super smart self-starter everyone wanted to open doors for. I thought if I worked my ass off and put all my energy into getting good grades things would go well from there. Easy even. It was quite clear that I was missing something important. But what?

I then learned that the foundation placed great emphasis on their applicant’s personalities. And that they have contributed to something bigger. Mhm. I wasn’t doing so great on those. I was pretty focused on myself. And most of those volunteering projects I put on my CV, I did because they gave me some access to contacts or gave me some other external award. Didn’t I also want the scholarship because it would look so good on there, too, and that it would help me on my mission to become a consultant?

If I look a little bit like a self-centered idiot to you now, good, because it seems to me that way. Good thing people can change.

The following year I’ve had three questions guiding my life:

1. What is really important in life?

3. How can I contribute to the whole?

I wasn’t fully ready for a radical transformation just yet but these questions sort of guided me for baby steps of personal growth. I was still pretty set on becoming a successful consultant (for the success reason mind you). But now there was at least some room for other thoughts.

After some time these baby steps grew a little longer and I started a local committee of AIESEC, a large student-run organization that helped other students find international internships. We had a team of 20 students and it was pretty fucking fantastic. Everyone was motivated and we all worked towards something larger than ourselves. I don’t think I ever felt more fulfilled in my entire six years at the uni than during this one year during which we’ve set up the organization to then hand it over to the next generation.

Fifteen months later I reapplied at the foundation. They again invited me to the assessment center. But this time was very different. I was neither very focused on my grades or other accomplishments, nor did I intend to show them how perfectly my values fitted theirs. Remembering last time, I acknowledged I was even faking a bit before.

I knew I had changed a little but also accepted that if they didn’t approve me like I was then and there, it wasn’t meant to be and I could move on.

Two months passed and I received the letter. Accepted.

Now here comes the funny part. Once I became part of the community of the foundation I learned that it wasn’t packed with young workaholics who defined themselves by ballet classes, rich parents and perfect grades. The people were actually more unconventional than extraordinary.

What I mean is that their most prominent feature wasn’t their performance but their character. Although really young, many of them had already developed strong values such as integrity, authenticity or courage. Sure, discipline and striving for success were among those values but they didn’t stand out. Personality over achievement if you will.

Don’t be a self-centered idiot

Why am I tell you this story? Because a focus on external things is a way to make yourself both miserable and actually more distant from your goals.

If you focus on “getting” stuff, like success in the form of a promotion, a raise, or in my case, a scholarship, all you really worry about is yourself. And even if you do get what you hoped for, the initial satisfaction will be short-lived and the new status will become the new normal.

It is far better to focus on a few really good values and hold yourself accountable to them. Good values…

Even if you are successful you will not identify with the achievements as much but more with the values that drove them.

If you focus too much on success it’s easy to forget why people become successful in the first place. But before you can be successful you need to prove yourself. You need to show that you have what it takes.

And how do you do that? You develop strong values and live by them.

So who are you?

To close this one, I want to invite you to consider this question. If you’re really honest with yourself, how do you define yourself right now? Do you look at your achievements or your values?

1 thought on “What happens when you only care about achievements”