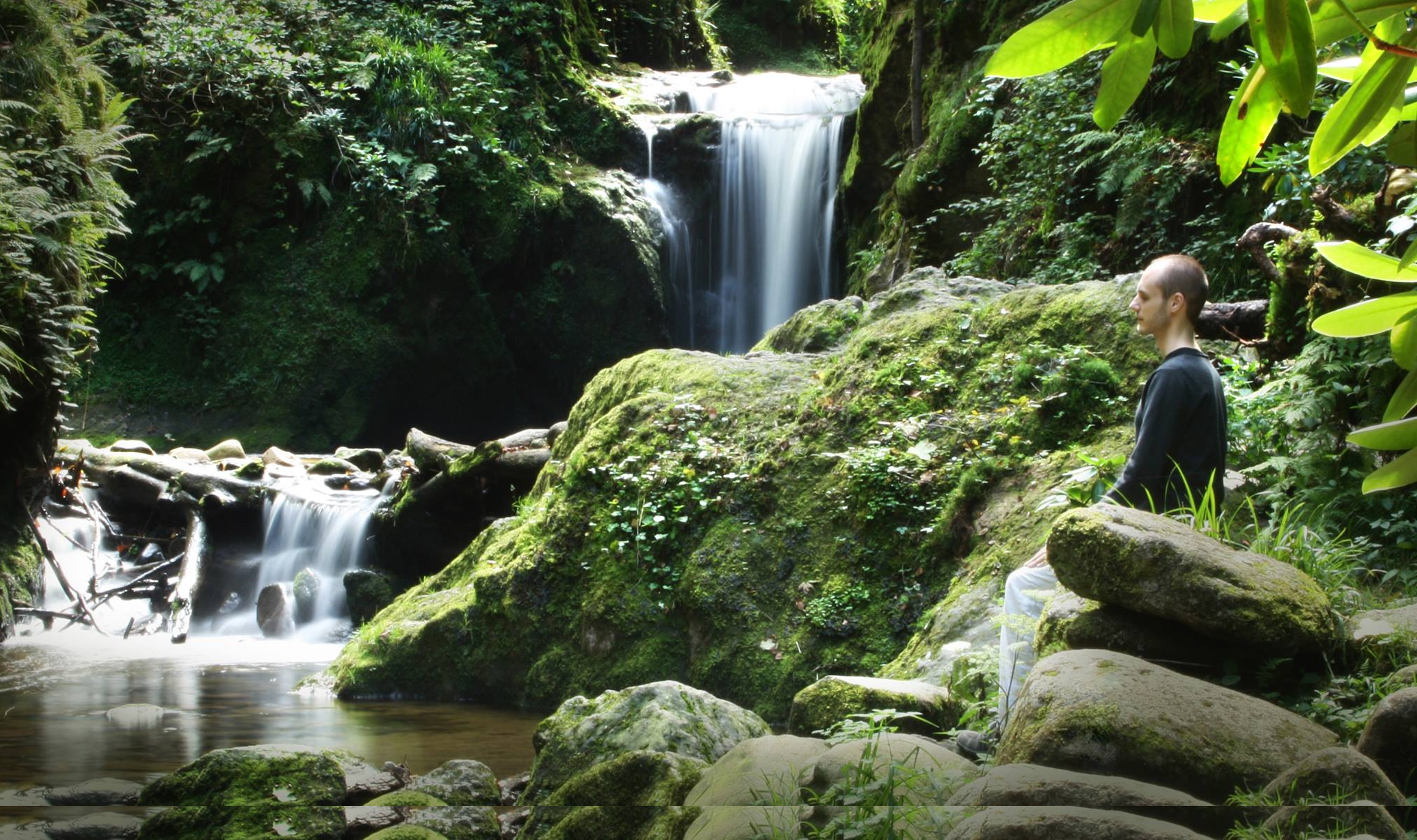 Last week a friend came to me and wanted to know more about meditation. Where to start? What to read? Many people want to try mindfulness exercises these days but don’t quite know the first steps. I thought I’d share some practical suggestions on the subject for anyone who is interested in trying a regular meditation practice.

It pays huge dividends to take a class in meditation. Meditation is simple but there are still a few things to be learned. How to sit correctly? How to breathe? What to do when the mind wanders? A beginner usually has lots of questions and these can be answered in an introductory course.

I practice Zazen (the meditation form in Zen Buddhism) but there are many different options (Vipassana, transcendental meditation, loving kindness etc.). Zazen is about radical acceptance of the moment and less goal-oriented than other traditions. Whatever appears in your mind – thoughts, feelings – they just come and go.

At the beginner’s stage it’s not very important which form you choose because they are all similar and share many aspects like the focus on breathing, present moment awareness and introspection.

Many people try to learn from YouTube or an App like Headspace but I found that they often quit after a while. Better take some time and money to really learn the basics at the beginning.

Long story short, open google, find an introductory class of Vipassana or Zen and take a class for a weekend. Make sure the center offers silent retreats. For Germany, a good place to start is the Benediktushof near Würzburg.

Meditation has to be a habit in order to have any lasting impact on your life. After I took my first class I wasn’t sure if meditation was for me so I made an agreement with myself.

I took my calendar and marked the date 6 months from now. Then I bought very basic meditation utensils (a cushion, a cheap mat to sit on for less than 60€, and an app to put a timer – I recommend 7Mind). The deal was to get up in the morning and meditate for a short while before doing anything else. And there can be no excuses for not doing it. It didn’t matter if I was sick sick, busy, traveling or just didn’t want to. The first thing after I got up was sit down on the cushion and focus on my breathing. If, after six month, I were full of it and didn’t want to meditate again, I would never do it again.

If you make this deal it’s very important that you choose an amount of time so small that there really is no excuse („but I don’t have the time“). I started with 5 minutes and then gradually increased by 1 minute until I settled at 20 minutes (2 years later). Everyone has 5 minutes time after they wake up. Just put the alarm a little earlier.

Once the habit kicks in it actually feels weird not to meditate in the morning.

It helps to learn about meditation from more than one angle. While practice is the most important one, I found it useful to also consider a book or two. Good options are the two bestsellers from Eckart Tolle The Power of Now and A New Earth. They don’t focus on meditation but provide a background to what you’re doing when you start learning to come to the present moment more often. Thich Nhat Hanh is also a good starting place (The Miracle of Mindfulness).

For the more scientifically inclined I can recommend Jon Kabat-Zinn, who has brought mindfulness to psychological research and clinical practice about 30 years ago (Mindfulness for Beginners).

And that’s it. Take a class, try to set a habit and pick up a book. It might just change your life.

2 thoughts on “Where to start when you want to meditate”